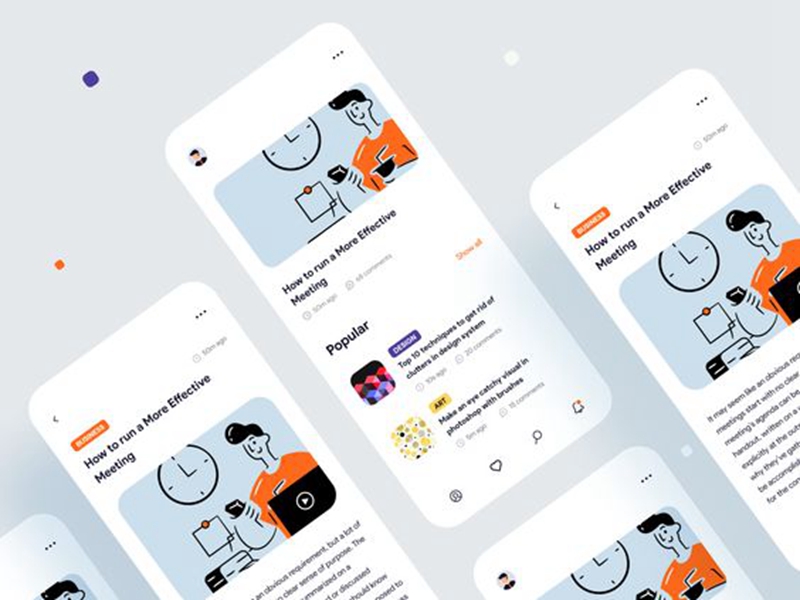 Okay, you finally have your idea, and you’re ready to roll.

Before going all-in with investments and development, you should evaluate whether the idea is viable.

You don’t want to find out the idea is not-so-good when the game is already out and is performing poorly.

Did you know that approximately 10,000 new games appear in the app stores each month and get ranked at least once? This can happen in the least impressive category, in just one country, or just for one day.

When this happens, each of these games gains something. Some get a temporary download spike, while others experience a sudden revenue increase.

A lot of these games come with great gameplay, UX, art, etc. However, only a percentage of them will earn over $100 thousand in their lifetimes.

For all others, the stars just never align.

Even though these developers were convinced their ideas were great, and their games even got ranked, they still didn’t work out.

Are There Already Similar Games on the Market?

Decided to take inspiration from a mega-popular game like Gardenscapes or Lords Mobile?

Sure, you plan to make your own version of it.

However, many other developers out there are thinking the exact same thing. For this reason, you will need to check out the existing clones of these games as well.

There is a fair chance that someone already had an idea similar to yours. If this turns out to be the case, you should see if these games had any success and whether it makes sense to create another similar game.

There are two popular ways to find similar titles.

1) By Keywords in the App Stores

This method works exceptionally well in the Google Play store. It has a lot to do with how the store ranks search results and competition for a keyword.

For example, if you search the term Gardenscapes, Google Play delivers +200 results. The results include other Playrix’s games, Gardenscapes’ clones, but also other not-so-similar match-3 games.

Some useful mobile game market analytics tools give you the option to search for games by subgenre. Some are paid (e.g., App Annie), while others come with some free features (e.g., GameIntel, Sensor Tower, AppMagic).

Based on your search, you can create a list of the most prominent titles from the target subgenre. Analyze their designs, monetization strategies, UI, player motivations, player tasks, gameplay features, etc. All of the things that make these games successful and less successful.

Most importantly, use these findings to evaluate whether your mobile game idea can compete with the most successful titles you’ve come across.

Assessing the Success of Similar Titles

When analyzing variations of the same game, you have another important task – detect what the others did wrong.

This can also be done with most game analytics tools on the market.

The first thing you should be looking into is the games’ revenues. When it comes to this, you should know that the top-grossing charts mainly consider IAP and subscription revenues.

Advertising revenues are much more difficult to estimate, and no analytics tool can give you the exact data on this.

However, there is something that can help you with this – looking into downloads by country.

If a certain game has a lot of downloads, you should analyze where the majority of the traffic comes from. If most traffic comes from tier three countries like India or Pakistan, the ad revenues are probably low.

For example, the average LTV for ad-monetized games in India is between 0.01 to 0.05 cents. On the other hand, they can reach $1 to $2 per player in tier one countries (Elite Game Developers).

In other words, don’t let high download numbers deceive you.

Looking into the State of the Target Genre/Subgenre

As you know, mobile gaming trends come and go rather quickly. For this reason, you need to regularly analyze your target market segment.

Is it growing, stagnating, or maybe dying?

Here’s how you analyze this and what it means for your mobile game idea.

Different game analytics tools give you insights into genre performance by country. You should pay special attention to the countries that traditionally bring in the most revenue.

If you notice a sharp decrease in the genre or subgenre, there is a couple of questions you should be asking yourself:

If these questions don’t give you the answer that clarifies the situation, there is something else to think about.

There is one common reason why games, genres, or subgenres are stagnating or decreasing.

And it is – publishers in this market segment are failing to buy enough traffic to reach a positive ROAS (return on ad spend). For a subgenre, this means that games in other subgenres that attract similar players are stealing their audiences. Why? In these subgenres, the publishers can afford to pay more for a single install.

All in all, if you see a decreasing subgenre trend, it is a dangerous move to develop a game in this market segment.

Before turning your mobile game idea into a product, make sure the market segment you’re targeting is growing or stable.

From time to time, the mobile game market gets an unexpected shake-up.

This happens when a game appears from the blue and breathes life into a market segment. For instance, when a new mechanic appears.

A great example of this is merging, which first appeared in Merge Dragons in 2017. Ever since then, this subgenre has been growing, and multiple games in it have succeeded.

When revolutions like this happen, they open up new doors. For this reason, you should keep an eye on successful new titles in different genres and subgenres. This might be your chance to hop on a trend.

What Are Your Chances?

Pay attention if the leading titles in the genre/subgenre change over time.

It is a bad sign if the same games take the top ten positions for an extended period. However, if they change regularly, the new entrants have better chances in the competition.

Do you believe that once players see just how great your game is, they will just spread the word around, and you won’t have to invest in marketing?

Me: “Sit down, you just got an F for your knowledge of mobile gaming.”

You: “But there are examples of games that became viral without buying traffic?!”

Me: “That’s ancient history. The chances of that happening today are worse than winning the lottery.”

The thing is, back in the day, there were plenty of empty niches in the mobile gaming market. In such conditions, it was possible to get a whole lot of free (organic) traffic.

However, today you shouldn’t rely on organic traffic. Instead, you should see it as a nice addition to your user acquisition campaigns.

Once you’ve validated your idea and created a product, you need to get it out there. Your user acquisition campaigns should hit the right ad networks and target the right users with the right creative assets.

You can try to manage all of this in-house. However, this is quite a complex job, so we strongly recommend you to connect with a well-referenced user acquisition agency.

Let’s get back to the example of Rovio’s Angry Birds I’ve started the article with.

After embracing the initial idea, there was still a lot of work in front of Rovio. When the game was first launched on the App Store, it didn’t get much traction in the world’s biggest mobile game markets.

Yet, in its homeland, Finland, the game performed well. Therefore, the publisher made the right decision and changed the user acquisition strategy. Instead of the big markets, they focused on the smaller ones. In these markets, the game started doing better.

However, it was still struggling to succeed in the big markets. But then, Rovio got lucky. The game got featured as the UK App Store’s game of the week, and the rest is history.

This was the tipping point the game needed to become a viral hit. And probably none of it would happen if the publisher didn’t adjust the user acquisition strategy at the right moment.

Wrapping up on Mobile Game Ideas

Whether you’re thinking about your first game or a new addition to your portfolio, you need to be strategic about the mobile game ideas you choose.

Hopefully, this article provided the guidance you need on your journey to a successful game.