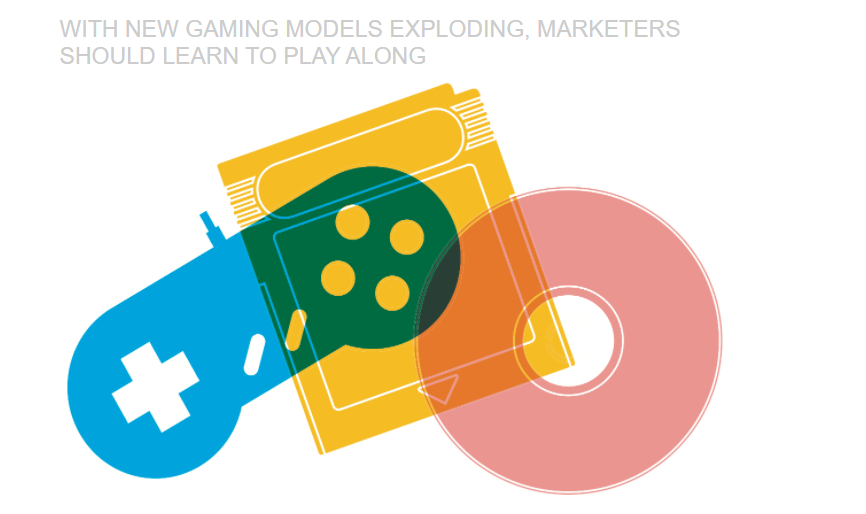 Seriously, social apps have taken over the world (and our smartphones) and made a few lucky individuals very wealthy. It’s not all that surprising when you look at the stats:

What do these statistics tell us? Social apps aren’t going the way of the dodo anytime soon. This is great news if you’re an app developer working in the social apps space—assuming you have a solid ASO strategy in place, of course!

In this article, we’ll look at the 25 top-grossing social apps in the iOS store. The goal? Tease out the ASO insights, best practices, and secret ninja tricks successful apps in this category use to reach new potential users and increase installs.

Disclaimer: The information used in this analysis is available to the general public. The conclusions drawn in the text below are original and stem from the Storemaven team’s knowledge and experience, as well as industry-standard benchmarks.

A social app is any app that allows users to interact with each other by sharing ideas, distributing information, or otherwise expressing themselves within a virtual community.

But, of course, you already knew that…

Social apps need no introduction. They’re used by billions of people around the world on a daily basis and seem to have taken up a permanent residence at the top of app store charts. From Facebook to Instagram and YouTube, social apps have literally changed the world.

You might think that the Facebooks and Twitters of the world don’t have to worry about ASO. After all, everybody already knows about and loves these apps, right?

In reality, a well-crafted ASO strategy is essential to the continued success of these apps. Without one, they would lose users to an endless stream of upstart platforms, looking to take their place at the top of the Apple App and Google Play charts.

With that in mind, let’s take a look at the 25 highest-grossing social apps in the USA iOS store, as of April 30th, 2021 to uncover their best ASO secrets!

Before we dive into the meat of this analysis, App Store creatives for social apps, we need to talk about something a little more mundane but equally as important: categories.

You might be surprised to learn that not all top-grossing social apps place themselves in the “Social Networking” category in the iOS store. In fact, only 12 of the apps we analyzed (48%) identify themselves this way. Other options include News, Business, and Photo and Video.

Out of the 25 apps we looked at, only two of them had completely unique categories. TikTok falls into the “Entertainment” category, while Pinterest fits comfortably into “Lifestyle”.

The question is, why aren’t all of these apps in the “Social Networking” category? Would anyone deny that Twitter, LinkedIn, and Instagram are social apps? Yet these networks are placed in the News, Business, and Photo and Video categories respectively.

Our belief is that developers place their apps in ulterior categories in order to differentiate their offerings from the horde of other apps flooding the iOS store.

Social Networking is competitive. By placing your app in a different category, you can increase your rankings in the charts, drive more organic traffic to your App Store page, and (hopefully!) generate more installs, users, and revenue.

Now that we’ve covered categories, we can talk about icons—a vastly underrated element of your ASO strategy. Why? Because your icon is the most visible app store creative you have. It appears everywhere, from search results to category charts to Facebook ad campaigns.

Our research shows that an optimized icon can boost conversions by as much as 30%! Let’s take a look at the icons for the top social apps to see if any patterns emerge.

The first thing we notice about icons in this category is that 96% of them display a logo of some kind. The only social app to buck this trend is Clubhouse, which uses a black and white picture of a woman instead of a slick, easily recognizable logo.

There are two possible explanations for Clubhouse’s decision:

It’s always interesting to analyze icon colors. Is there a rhyme or reason to the colors top-grossing apps use? Or is the process based on the random preferences of developers?

We can’t speak for every category in the Apple App Store. But when it comes to social apps, colors tend to be all over the map. For example, 28% of the apps analyzed for this article use blue as a main color, while 20% use red, 20% use black, and 12% use purple.

There is one common thread, though: eye-catching hues.

Every app that we analyzed for this category breakdown, aside from Clubhouse, uses bright and/or contrasting colors in its logo to attract attention.

The Apple App Store allows developers to display an app title and subtitle next to their icons in the first impression screen.

After analyzing the titles and subtitles of the top-grossing social apps, we discovered that 36% of them use their app title to better explain what they do. For example, Twitch’s title in the iOS Store is “Twitch: Live Game Streaming”.

This is a great strategy to use if the name of your app is ambiguous. “Twitch” could mean almost anything. So the app developers clarify things by including “Live Game Streaming”. Now potential users know exactly what Twitch is.

When it comes to subtitles, we were surprised to learn that 20% of the social apps we analyzed DO NOT use one. This seems like a missed opportunity.

Sure, Facebook and Instagram are universally known at this point and can get away with not using a subtitle. But lesser-known apps like SocialBee.io, MeWe Network, and Clubhouse should follow the example of the other top-grossing apps.

Most apps in this category use their subtitles to do one of two things: describe what their app does, or explain the benefit of using their app.

For instance, Houseparty’s subtitle is “Group Video Chat,” which perfectly describes what the app does. On the other hand, Signal, a private messaging app, has the subtitle “say ‘hello’ to privacy”, which describes the main benefit of the platform.

At Storemaven, we are definitely pro-video. Especially since our research indicates that users who watch an App Store video are 3x more likely to download. The trick is making sure your video is, you know, good. Here are a few things to keep in mind:

Interestingly enough, only 3 of the 25 apps we analyzed for this article use video. These apps are TikTok, WeChat and Houseparty. While videos for social apps aren’t nearly as important as they are for, say, RPG games, we’re still surprised by this low number.

If your social app is just entering the market, a well-crafted video could give you a leg up.

Like TikTok, Houseparty’s video focuses on in-app footage that showcases its numerous features and benefits. It also makes good use of captions to clarify things for viewers and includes engaging music for those who decide to deactivate the mute button while watching.

Unfortunately, Houseparty makes one big mistake: the video starts with a branded splash screen. As mentioned above, the first 1-3 seconds of an App Store video are the most important. Houseparty wastes them by displaying its logo right off the bat.

TikTok has created a great video to help encourage installs. It starts fast—no branded splash screen—and shows actual in-app footage. After watching the video, potential users have a great idea of what they can do with the app and why it’s become so popular.

TikTok makes good use of captions to better explain what the viewer is seeing. The video also includes a fun backtrack, but audio isn’t needed to understand the content.

It seems TikTok, Houseparty, and WeChat all attended the same seminar on “How to Make an App Store Video” because WeChat’s video is nearly identical to the two above.

WeChat’s video uses in-app footage, plus captions, to help viewers understand the many features of its app and why said features are beneficial. It also uses upbeat music, but the effectiveness of the video isn’t impacted when users watch on mute.

Like Houseparty, WeChat does make a serious mistake: it starts its video with a branded splash screen, which isn’t recommended and could be harming the app’s conversion rate.

We’re just going to say it, your app’s screenshots are really important! Get them right and you can boost your CVR by 28%. Get them wrong and your CVR could take a 15-25% hit… Ouch!

What do the top-grossing social apps do with their screenshots to encourage downloads? After analyzing each image used, a few things stood out:

Apple App Store users are 10x more likely to view screenshots than read descriptions. Make sure your screenshots are fully optimized by keeping these main takeaways in mind:

There are a lot of differences between top-grossing social apps. Many of them target different kinds of people and allow them to interact in different ways. Even so, most apps in this category use similar ASO strategies to better market themselves in the iOS store.

We encourage you to implement the tips, tricks, and best practices uncovered throughout this analysis. Just remember to test everything you do and track the results!

What Need to Consider Before Bootstrapping Your App Business?