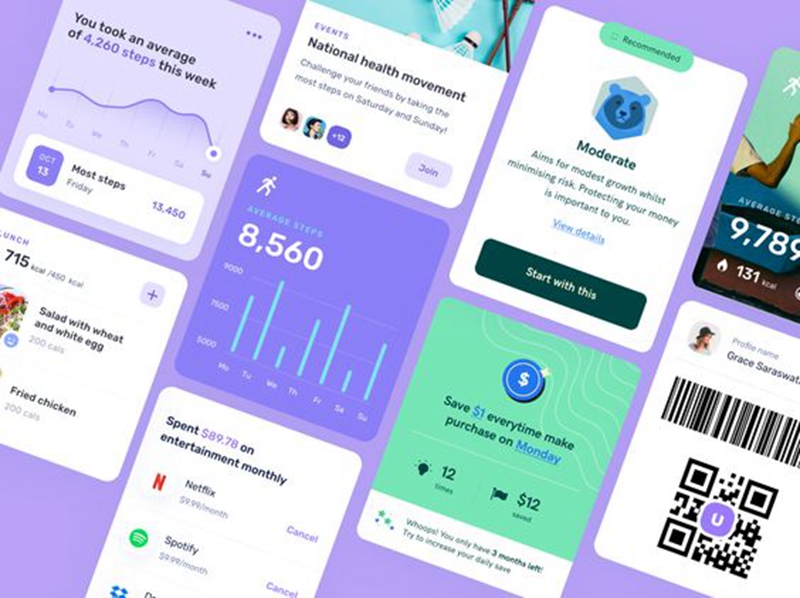 Read this blog if:

According to Statista, Flutter is one of the top frameworks used by 42% of software developers to develop mobile apps across the globe. React Native even shares a similar role to Flutter in developing cross-platform mobile apps.

But which framework should you use?

Flutter is an open-source mobile UI framework developed by Google. Released in 2017, it is used to build native-looking iOS and Android applications from a single codebase. This means you can use one programming language to develop apps for iOS and Android platforms.

Google Ads, Tencent, Alibaba, BMW, Nubank are some companies that have used Flutter to develop mobile apps. To know how Flutter has helped these apps, let’s check the table, which includes the use cases for each popular Flutter-based mobile app along with category and revenue details.

Now let us take an overview of React Native along with its features and essential information. Get to know more about React Native in the next section.

What is React Native?

React Native is a JavaScript mobile app framework for developing cross-platform applications for iOS and Android platforms. The development time is significantly reduced as the coding is done in the same language, regardless of the platform.

React Native uses the best of React and JavaScript libraries for building user interfaces. Facebook first released React Native as an open-source project in 2015. And in just a short span of time, it became one of the top solutions for mobile app development.

Bloomberg, Facebook, UberEats, Airbnb, and Instagram are some of the best apps developed in React Native. To know how React Native has helped these apps, let’s check the table, which includes the use cases for each popular React Native-based mobile app along with category and revenue details.

Even in React Native, the list is infinite. However, choosing React Native depends on the requirements and budget.

However, if you want to increase your brand’s visibility, a leading React Native mobile app development company can cater to your diverse business needs.

Herein we bring you a detailed comparison of React Native vs Flutter frameworks based on the features and functionalities. So have a look and decide which to choose for development?

You may have got a brief overview of the difference between Flutter and React Native.

Let’s understand the functionalities deeper to know what to choose for your business and project.

Difference Between Flutter and React Native

Flutter: Since Flutter uses the Dart programming language, developers have to learn from scratch before developing a project in Dart. Dart resembles OOP languages such as Java and C++; so it is quite easy to adopt if developers are familiar with the concept.

Verdict: Choose React Native as JavaScript is easy to adopt and serves as a default language for almost every browser.

Flutter: Flutter has customizable widgets which simplify the process of developing native-like applications. There is no need to look for third-party libraries, as it has a comprehensive collection of frameworks and widgets. Additionally, Flutter application development ensures cross-platform apps that run smoothly regardless of the platform.

Verdict: Undoubtedly, choose Flutter if you want to develop a simple app with the same UI across multiple devices.

React Native: React Native’s application architecture is Flux and depends on other software for building components. It uses Javascript to bridge the connection to native modules. However, this bridge affects the performance even if there are few modifications.

In iOS, React Native uses JavaScript Core that separately runs the code. Whereas, in Android, JavaScriptCore is bundled in the application. This increases the app size resulting in performance issues.

Flutter: Flutter is an advanced SDK that provides layered architecture known as Skia, which ensures quick and easy UI customizations. You have complete control over every pixel on the screen and help to quickly animate graphics, texts, videos, and controls without any limits.

This architecture makes it easier for any developer to create applications with simple components. Compared to React Native, Flutter can manage these customizations without a bridge.

Verdict: Flutter is the winner as it enables easy customization as per your requirements without hassle.

React Native: To get started with React Native, the easiest way is to use Expo CLI. You just need a recent version of Node.js and a phone or an emulator. If you want to try out React Native directly in the web browser before any tool installation, you can try out Snack.

However, if you are familiar with mobile development, you want to use React Native CLI, you need Xcode or Android Studio to get started. If these tools are installed, you easily get started in a few minutes.

Flutter: To get started with Flutter, go to the Flutter website and download the binaries as per your platform. For macOS, you must download the Flutter.zip file and add it to the PATH variable.

However, there are additional steps during installation in the Flutter compared to React Native. Therefore, Flutter should have support package managers to save users from going through these additional steps.

Verdict: React Native wins as it is easy to install without the hassle of downloading binary files.

Moreover, React Native has a hot reload feature which means developers can perform iteration quickly and receive feedback immediately. You can view the changes in your app without recompiling it. This saves a lot of time while testing the differences in UI.

Flutter: Flutter also has a hot reload feature which means developers can directly use new code into the running app. Moreover, to avoid losing during development, hot reload maintains the application state.

This saves a tremendous amount of time and increases the speed of the development process. However, developers would need to learn and adopt the new Flutter concepts when the app complexities grow.

Verdict: React Native wins as it is quite a mature framework and provides third-party libraries that help increase the development speed.

Flutter: The community of Flutter is smaller compared to React Native as it was launched in 2017. Still, it was recently launched, there are no ready-made packages like React Native. However, with the release of new versions of Flutter, the trend is increasing towards it.

Verdict: React Native again wins as it is an old framework, and the community is relatively huge compared to Flutter

Since Flutter and React Native are both cross-platform development tools, it does have many similarities. After understanding the significant differences, let’s go through the shared similarities between React Native and Flutter.

What is Common Between Flutter and React Native?

Although React Native and Flutter are different, they have a few similarities, i.e., worth discussing.