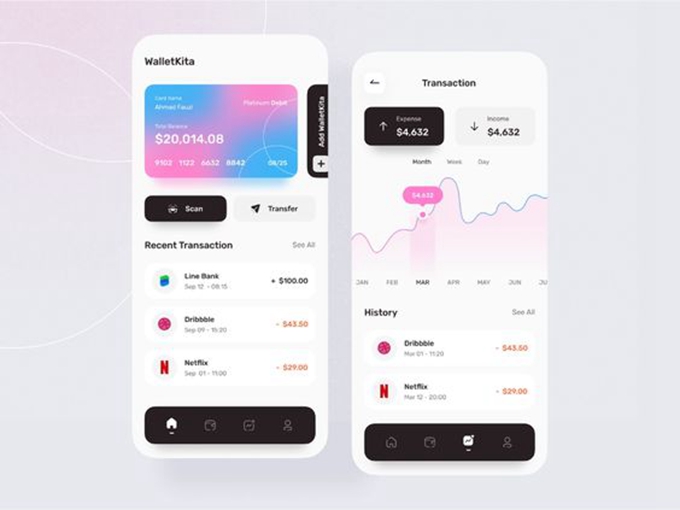 Artificial intelligence is one of the most popular fields in science and technology today which introduces a new element of assisting its users in a range of tasks. With apps that leverage AI to be more predictive and proactive in their offerings, they can begin to make autonomous decisions with fewer human inputs. Whether the long term uses of AI is beneficial to humanity or poses a threat, the short term implications suggest that it can offer a high degree of automation across many industry verticals. With the apps listed in this article, users can begin to leverage AI in a way that helps to ease many manual tasks to reduce inefficiency.

As an all-in-one AI tool, Replika can serve many functions which can streamline different aspects of a user’s life. For example, one of the core features of the app is the ability to chat and have a conversation with it. Being one of the most developed AI systems, talking to the Replika bot significantly resembles a person so that conversation is natural and not automated. The app also has the capabilities to learn more about the user in order to become more personalized and catered to their preferences which means that the conversations are not generic, but rather user specific. To gamify the chats, the level of friendship that Replica and the user have is compared to real-life relationships to show how close the bot is with the user when compared to other people. Available 24/7, Replika is a friend that is always free to talk, making it one of the best AI apps to keep users company through conversation.

One of the most common applications of current AI is in personal assistants who are able to streamline many administrative tasks for the user. From Siri to Alexa, these assistants have been increasingly popular as a means to manage tasks with a minimal human effort. Similarly, Cortana is available to help keep track of events and general inquires both on the computer and phone. By being integrated in both desktop and mobile devices, a greater degree of consistency can be achieved as calendar events that are set on the computer can be accessed by Cortana to send updates. Furthermore, scheduling meetings, sending emails, trivial questions, and general research can be done simply by asking Cortana. One of the more personalized aspects of Cortana is its ability to understand the preferences of users such as their favorite movies and songs so that effective recommendations can be made.

For those who are visually impaired, camera technology on mobile phones has made tremendous developments to help its users understand their surroundings. Seeing AI is an app which leverages artificial intelligence to recognize the objects and people with the camera and then narrates it back. For example, the app can identify people, animal, vehicles, and even text so that if an impaired user needs to read a sign, the app can do so almost instantly. Beyond just identifying objects, Seeing AI can also recognize settings and situations which is then described to the user. As one of the best applications of artificial intelligence, the app is one that has tremendous benefits which continues to grow as an increasing number of objects can be identified. A highly captivating aspect of the app is that it is able to also recognize emotions so that the visually impaired are able to gauge how others around them feel, making it one of the best AI apps.

A large amount of data that is stored on a mobile device is photos which continue to grow as a result of higher image quality. An issue associated with this is that many images are taken but are not looked at frequently, effectively taking up space with no real purpose. In order to eliminate this issue, Siftr Magic automatically identifies the images that are not essential and then makes a recommendation to delete the photos. Utilizing AI, the app is able to help free up a significant amount of memory through suggesting photos to remove which is achieved through deep learning. The app does not automatically delete photos, but rather makes suggestions as to which ones can be deleted based on the content of the image and frequency that is viewed so that users have the ultimate decision on whether to keep or remove the pictures. As a process that would take hours if done manually, the app is able to achieve the same results in a matter of seconds which makes it one of the highest recommended AI apps to save a significant amount of memory and time.

As one of the most effective AI assistants, Hound is able to effectively compete with other AI software such as Siri and Google Assistant. Similar to Google Voice Search, the app enables users to speak in a conversational manner to the app to receive recommendations on restaurants, movies, and music while also eliminating many administrative tasks such as scheduling calendar events, reading messages, and getting reminders. With so many functions that can be accessed by simply speaking to Hound, the app is one that is comprehensive in the tasks that can be carried out and hence resembles more of a personal assistant than an AI system. As the level of understanding for Hound increases with an increasing number of users, it can be projected that the app will significantly improve with more training.

With increased automation and developments in artificial intelligence, disruptions in many industries are evidently going to take place in the near future. Already seen in apps that are available, the applications of AI are currently extremely useful in being able to streamline many manual tasks. With the apps listed in this article, users can begin to infuse elements of artificial intelligence into their everyday lives for a variety of tasks ranging from administrative work to social company.