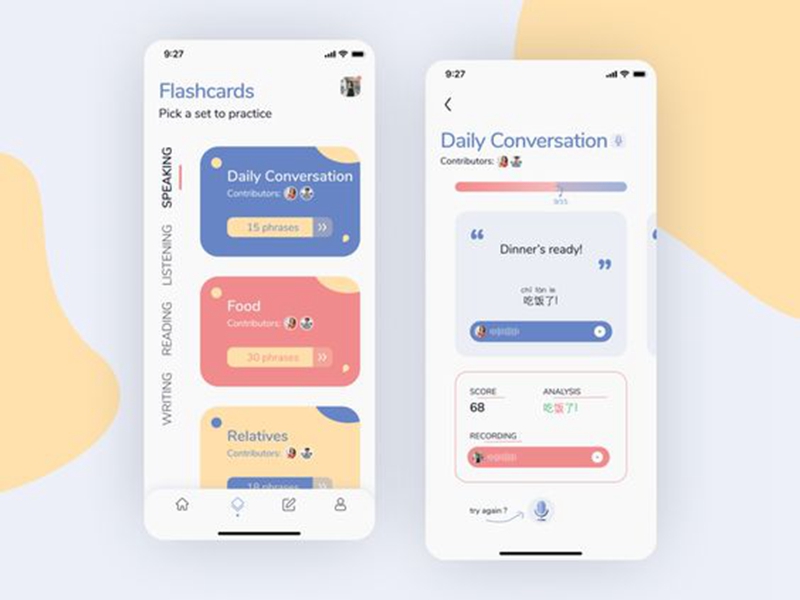 In this article, we will discuss ASO on metadata and the differences in optimizing listings in the App Store and Google Play in 2021 to gain maximum visibility and increase download conversion rates. ASO starts from the list (and also ends from the list), and it is very important to optimize them by 10/10.

ASO is the acronym of “App Store Optimization” and defines the optimization process of an app (both of its listing and of the app itself) with the aim to increase its Search and Browse / Explore visibility on the app stores, as well as to improve its conversion rate to visit and to download. In short, ASO’s main objective is to get more downloads at the lowest price possible.

ASO is the base of any App Marketing strategy as, besides from providing organic downloads, it also has a direct impact on paid user acquisition campaigns costs and, thus, on business. The better the ASO, the higher the conversion rate to download and the lower the CPI / CPL / CPA.

The most common error in ASO is not knowing it, and the second one is to think ASO is the same on the App Store and on Google Play. Even if all the app stores have a very similar basis, there are some important differences. Keep on reading to learn about all the ASO on-metadata differences between the two most important app stores on the market: Apple App Store (iOS) and Google Play Store (Android).

The ASO factors are the texts and visuals of the store listing of a mobile app or game that can be directly modified on App Store Connect or Google Play Console. You can find them all below:

Google Play: In Google Play’s case there are currently 50 characters available for the Title field, the most important ASO on-metadata field, where we should include the most relevant keywords for the project and the ones for which we want to rank the highest. Also, the title needs to be descriptive and catchy. Soon, Google Play plans to update its guidelines and this field will be limited to 30 characters.

App Store: In App Store’s case, the App Name field contains 30 characters and, as for Google Play, you need to add the most relevant keywords in this field and the ones you want your app to rank for.

Google Play: On Google Play there are 80 characters available that should include the main keywords of the project (you can even repeat some keywords from the title to give them more relevance) and describe briefly the main functionalities of the app. This text will be seen at the first sight of the user in the listing and thus have a direct impact on its decision to install the app or not.

App Store: On the App Store the subtitle field contains 30 characters that should include the main keywords of the project and describe briefly the main functionalities of the app. This field appears right below the App Name, which means that they should be complementary and they should not repeat the same keywords.

Google Play: On Google Play there is no such field, but the short description has a similar functionality.

App Store: the promo text field contains 170 available characters and it is the only field on the App Store that can be updated without needing to publish a new version of the product. Apple recommends using this field to “share the latest news about the app, such as limited sales or new functionalities”.

Google Play: The Description field on Google Play contains space for 4.000. The description must be used correctly to make the most out of its potential when it comes to rank your mobile app or game. You need to be careful with “over-optimization”: the abuse of keywords in the description can be a reason for Google Play’s rejection or, in the worst case, app suspension.

App Store: In Apple’s case, the description is not taken into account when it comes to search results. However, the field needs to be used as a marketing tool to sell the app and its main features, advantages, etc.

Google Play: On Google Play there is no keywords field. Google tracks the Title, the Short Description and the Long Description (as well as the developer name and other fields) to know which are keywords or theme / topic of an app or game.

App Store: On the App Store, there are 100 available characters to include keywords for the app. We remind you that you should not repeat keywords that already are in the App Name or Subtitle field and to separate keywords only with a comma, without any space (such as “keyword1,keyword2,keywords3”, etc.). Apple’s guidelines specify that using competitors’ brand keywords can be an expulsion reason, even if it is a really common practice in the sector…

Google Play: Google divides apps in two big groups: “apps” and “games” that are also divided into different categories. You must make sure you choose the suitable option.

Google Play: On Google Play you can choose up to 5 taga that will help Google understand better what the app or game is about. This selection is done among a list of existing tags, which means that you cannot invent tags.

App Store: Tags do not exist on the App Store. For now…

App Store and Google Play: The icon needs to clearly and creatively define the main functionality(ies) of the app. We recommend you to use the same icon on all the app stores to reinforce branding. Also, the icon on Google Play Store has a direct impact on organic traffic, as it affects the CTR, on search ranking and on browse visibility (similar app).

Google Play: You can add up to 8 screenshots.

App Store: You can add up to 10 screenshots.

In both stores, the screenshots directly impact the CTR and the CVR (conversion rate to download), especially the first ones that are displayed.

Google Play: Google Play offers the possibility to publish a video available on YouTube in the app listing. This video can be descriptive or promotional.

App Store: In App Store’s case, you can upload up to 3 videos, even though they can only show app content and be 100% functional. Promotional videos are not allowed.

Google Play: On Google Play you can edit and customize the Developer Name that appears publicly on the listings. With a 50 characters limit, we recommend you to use keywords to improve their ranking. Be VERY careful with the changes you make in this field.

App Store: On the App Store the Developer Name cannot be edited, but we still recommend adding some keywords there. To do so, the name of your company (or your name as a physical person) will need to contain keywords… and this is not so usual.

Google Play: On Google Play you can edit the app ID (URL) before launching the app, and the keywords that are in the field will be indexed by Google and will help us with the ASO keywords rankings. Important: once the app is launched, this field cannot be updated.

App Store: The app ID cannot be edited and does not have any effect on keywords ranking.

These are the differences in terms of ASO on-metadata factors in 2021 between the 2 main app stores in the west: Apple App Store & Google Play Store.

Feel free to share the ASO on-metadata differences between iOS & Android with your friends and contacts on social media. Thank you!