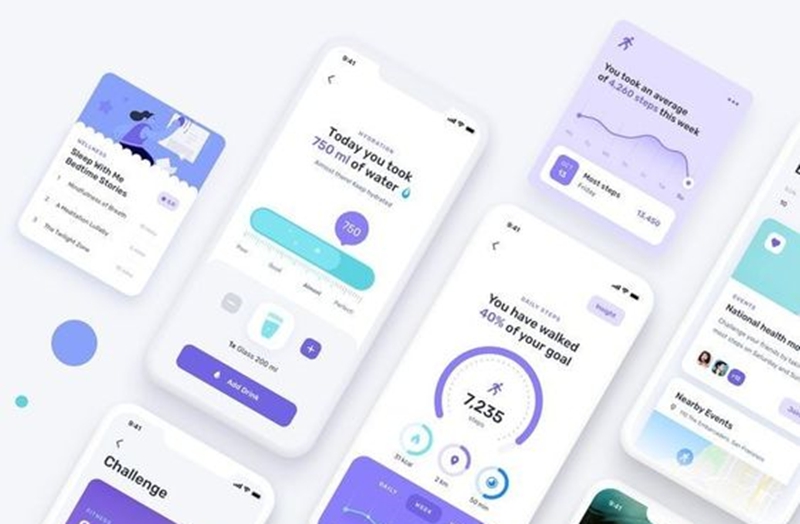 You have an application, you have spent months or even years developing and creating it, and you are ready to launch it. Then there is a big question, how to get users for it?

User acquisition is one of the most difficult and challenging aspects of having an app and there are only two ways of growing your user base directly in the app stores: organic and paid user acquisition strategy.

Paid and Organic user acquisition have a holistic relationship in which the success of one affects the success of the other and vice versa. By increasing your paid activity, for example, Apple Search Ads (ASA) or Google UAC, you will increase the volume of installs for your app.

With your paid Apple Search Ads campaign, you are bidding on searched keywords and specifically aiming to increase the volume of installs from the search results. By increasing the volume of installs you are indicating to Apple’s algorithm that you are relevant for that specific app store search term (keyword).

Once the algorithm picks up on the increased relevancy (driven by your ASA campaign), you’ll see a positive impact on your organic ranking within the app store – your app will become be more visible. And guess what? Being more visible organically affects your ASA/paid campaign. As your app’s relevancy for specific keywords gains traction, Apple’s algorithm will allow you to win impression shares at a much cheaper Cost Per Tap. Apple wants the ad space to go to the most relevant app, as they want the user to click on the ad.

Therefore, having both paid ASA and organic strategies running in tandem is extremely important as each increases the success of the other.

What is Paid Mobile User Acquisition?

In simple terms, paid user acquisition covers the actions of promoting your app, in the app store, with a paid for advertising campaign. This is a quick way to acquire new users because it takes them directly to your app store page. You can target the audience that you most want to reach by time frame and ad placement.What is Paid User Acquisition?

What is Organic Mobile User Acquisition?

Even though organic user acquisition doesn’t involve money directly, nor is it completely free. Organic acquisition is all about the efforts you make within your store listing, to ensure your app is discoverable.

Apple has stated that 65% percent of downloads come straight from App Store search – this is ‘organic’ user acquisition. Acquiring a customer who has searched for and found your app themselves often comes with the added benefits of higher retention rates and session numbers. The other advantage of organic is that you are not paying a fee for each new user and whatever your approach, it might continue to bring you results for weeks and months after that.

This is different from paid acquisition (Apple Search Ads), which will stop bringing you new users once the ad campaign is over.

If 65% of apps and games are found from a simple user search, rather than an ad campaign, then App Store Optimisation (ASO) is a must. What is ‘optimisation’? It’s honing your app store listing to maximise search term relevancy and results.

So with that, critical to success is the content of your app listing page, which needs to be attractive to your target audience and the app store algorithm. This is achieved through appropriate keywords within your description, the app name and subtitle. You should also remember to be eye-catching to the consumer, so create an app icon that stands out and accompany it with beautifully rendered screenshots.

The better your listing, the more visits that will turn into conversions and thus, the more relevant you are to the app store algorithms. ASO is about appearing in the relevant searches and having inviting content on your app page, to turn that visitor into a user.

User Acquisition for Apps: Organic, Paid or Both?

Many apps go for a paid strategy to start with, but when they become known, the organic can do the rest. This might be the best strategy if you have a healthy budget to kick-start your app growth, as it delivers many downloads quickly and, as we’ve noted before, improves your relevancy for the app stores’ algorithm to deliver higher search rankings.

Paid user acquisition can boost your organic downloads, no doubt about it. Research suggests that for every paid install, you get up to 1.5 organic downloads. Obviously, this varies according to types of apps and some might have more ‘talkability’ than others. For example, people often search for a new game app after asking or talking to friends about gameplay. Similarly, they also tend to recommend the ones they like, which explains why a paid user can bring you an organic one.

However, for small companies that maybe don’t have a kick-start ASA budget, the smart way to start is with an excellent organic user acquisition strategy. You should explore first all the free channels that are available, try to get the most word-of-mouth as possible, and after making a name for yourself, move to a paid strategy.

Putting effort into your ASO might also get you into the Top Charts section of app stores, which makes your app even more well known to users who are just looking for inspiration and new apps.

In combination, paid search ad campaigns and ASO are powerful tools – each making the other work harder. Depending on where you’re app’s at in its lifecycle, you may need one more than the other and even better if you’re in a position to allocate budget to paid. However, without good ASO you’re lost in the app stores, so above all, invest time to get that right and make sure to keep on top of it.