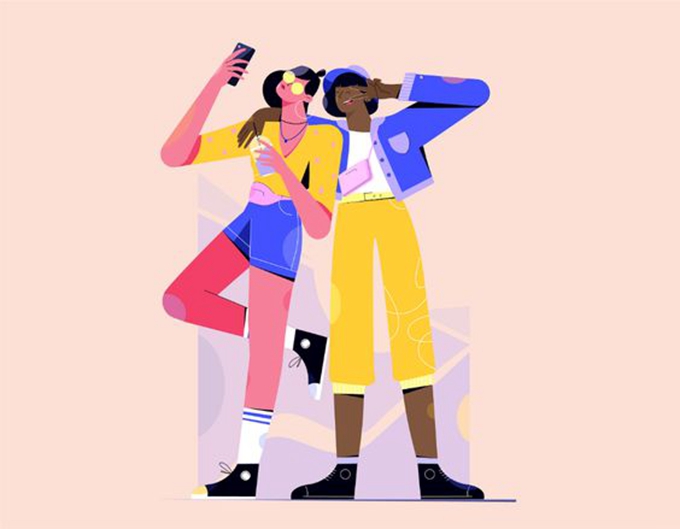 As a new year approaches, the one thing on most people’s minds is Health and Fitness. Between COVID-19 concerns, growing levels of obesity and depression, the upcoming feasts of holidays, and recent revelations that sleep is actually really important, it’s not surprising.

All this has led to a serious boom in Health and Fitness related apps in the Apple App and Google Play stores. The boom is so serious, in fact, that we’ve decided to focus on this category for the ninth installment of our “ASO App Store Category Spotlight” series.

In this article, we take a deep dive into Health and Fitness apps in the US Apple App Store. Keep reading to learn how the 25-highest grossing apps in this category approach ASO. Then take what you learn, apply it to your own ASO strategy, and watch your installs skyrocket.

But first, a quick disclaimer: All of the information that we share in this article is available to the public. The conclusions we make regarding ASO best practices are based on our team’s deep industry knowledge, extensive experience, and recognized benchmarks.

What’s a Health and Fitness App?

A Health and Fitness app is any app that helps users improve their health and/or fitness.

If this seems like a broad description to you, we agree. But that’s the thing about the Health and Fitness category in the iOS store—it’s HUGE and does NOT contain sub-categories.

This means that exercise trainers, daily planners, sleep and relaxation tools, mental wellness boosters, and even sexual health apps are all lumped together, hence the above definition.

The first fitness-related apps hit the App Store in 2010, two years after the App Store initially launched. One of the OGs was called “Fit Phone”, which, unfortunately, is no longer available for download. But the revolution that “Fit Phone” and similar offerings started is still going.

Experts predict that 86.3 million people will use a health and fitness app at least once per month by 2022, which represents a 26% increase since 2019.

As mentioned earlier, we analyzed the 25 highest-grossing apps in the iOS Store’s Health and Fitness category for this article. Interestingly, only three of them come from big-name brands. This means that smaller developers have an opportunity to make it to the top of the charts in this category—if they implement the tips and tricks outlined below, of course.

You may think that your app’s icon doesn’t matter that much. Who cares what it looks like as long as your app is awesome and has a few amazing screenshots to show top features, right?

Not so fast! App icons are super important, regardless of app category. This is because your app’s icon is the only element that appears everywhere. Potential users will see your icon in search results, category charts, and Facebook ads, which means it’s highly visible.

If your app’s icon is subpar, there’s a good chance your downloads will be, too. In fact, an optimized icon can boost your conversions by as much as 30%.

So let’s look at the top Health and Fitness apps in the iOS store to see how they handle icons.

The first thing we notice is that each of the highest-grossing apps in this category use an artistic image as an icon. Oftentimes, said “artistic image” is a company logo, but not always. The point is, none of the top Health and Fitness apps use real pictures.

The second thing we noticed is the wide range of colors used by Health and Fitness apps.

25% of the apps we analyzed use blue as a main color. But the use of white, orange, purple, black, and blue is split pretty evenly amongst the other apps. Surprisingly, none of the apps we looked at use red, which is quite popular in other categories such as Food & Drink.

Perhaps it’s because the color red has been proven to boost heart rate and increase excitement. These aren’t ideal outcomes for sleep, relaxation, and mental health apps. Then again, the lack of red could be entirely coincidental. At any rate, it’s worth noticing.

A few things stand out in terms of titles and subtitles.

First, almost all of the top-grossing apps in the Health and Fitness category (80% of them to be exact) have detailed titles. A detailed title is one that explains to potential users what the app does or how a user will benefit from downloading it. Here are a few examples:

Why is this important? Because 59% of downloads in the Apple App store come from search. When users know exactly what your app does before they even get to your product page, the likelihood of them installing your solution, making in-app purchases, etc. skyrockets.

What about subtitles? Anything worth noting there? As a matter of fact, there is…

92% of the apps we analyzed for this article use subtitles. The only two that don’t are NYS Excelsior Pass Wallet and NYC COVID SAFE. Since these two apps are published by government agencies, not traditional developers, our guess is they simply don’t realize the benefit of subtitles and that’s why they left this section blank.

Every other app in this category uses a subtitle that either explains what the app does in greater detail or highlights a benefit that users can expect to experience. For example:

It’s the Storemaven belief that just about every app in the iOS Store should have a video, because users are 3x more likely to download after watching one. The trick is experimentation. Test and adjust your video until you’re able to execute one that works.

Here are a few quick tips:

Now the question is, how many of the top apps in the Health and Fitness category use video? And do these brands follow the tips we outlined above? Here’s what our analysis revealed:

First, only 3 of the 25 apps we analyzed use video. That translates to a measly 12%. While we can’t deny every app we’ve looked at has achieved tremendous success, we can’t help but feel like the 22 apps that aren’t using video are missing an opportunity.

But it’s not our job to plan these app’s ASO strategies. Our job is to report on them so that you can take the information we discover and use it to improve your own ASO efforts.

So let’s take a look at each of the three videos to see what they do right:

We’ll just come out and say it: the Fabulous – Daily Routine Planner video is really solid.

The video starts fast, immediately showing viewers who the app is for and what they can do with it via well-timed captions. Said captions also highlight benefits of downloading the app like “Achieve Your Goals” and “Build the Ultimate Routine to Fit Your Lifestyle”.

If you turn on the sound, you’ll hear a low-key backing track that fits the imagery. But viewers don’t need to hear the audio for the video to be impactful, which is key.

All in all, it’s a well-crafted video that we’re sure really helps the app’s conversion rate.

The Headspace: Meditation and Sleep video is similar to the Fabulous – Daily Routine Planner video discussed above. As such, it’s very well done.

We like how the video uses captions to explain the in-app features shown on screen and clarify a few top benefits. We also like how the video ends with the call-to-action “Start Your Free Trial” which gives viewers a no-risk reason to download the app.

Like the Fabulous – Daily Routine Planner video, Headspace’s video features an upbeat backing track that elevates the viewing experience without being essential. This means that those who view the video on mute will still be able to enjoy it.

The only thing we don’t like about this video is that it starts with a branded splash screen, which is almost never recommended because it wastes valuable seconds. That being said, Headspace’s splash screen includes the tagline “Meditation Made Simple”, which may encourage folks to keep watching.

Finally, we have the Nike Run Club video.

Unfortunately, Nike starts its video with a branded splash screen, which isn’t recommended for most apps, as we’ve mentioned. We may give Nike a pass, though, because the company is so well known and iOS users may download the app just because Nike makes it.

Like the two app videos discussed above, Nike’s video uses captions to explain in-app features and clarify benefits. But unlike the Fabulous and Headspace videos, Nike displays footage of real people using the app. This makes sense since Nike’s app is geared towards fitness enthusiasts who will be in motion when they use the tool.

We should say that a video for your Health and Fitness app may help it stand out in a crowded market. As mentioned earlier, the Health and Fitness category is huge. If you can find a way to differentiate your app, you should take it. Video might be the solution!

If you want your Health and Fitness app to find success, you need stellar screenshots.

With that in mind, let’s look at how the 25 top-grossing apps in this category handle screenshots so that you can adopt similar strategies.

First, every app we analyzed for this article uses portrait-oriented screenshots. This is probably due to the functionality of each app, not an ASO tactic. But it’s still worth noting.

Second, 10 of the 25 apps we looked at, good for 40%, use some form of social proof in their screenshots. These social proofs range from official “App of the Day” badges to the number of 5-star reviews the app has earned to any specific awards the app has won.

Basically, if you have any kind of social proof elements to display, do it!

The third thing we noticed is that captioned screenshots are extremely popular, while panoramic screenshots are rather rare. 88% of top-grossing Health and Fitness use captions to explain features, highlight benefits, and otherwise add clarity to screenshots.

Okay, what about the number of screenshots used and the kinds of content depicted? Yes, we have information on these two topics as well…

60% of the Health and Fitness apps we analyzed display 8+ screenshots. Only 20% of them display five or less. The takeaway: Apple gives you room for 10 screenshots. Use it!

Increase conversion rate up to 28% with the ultimate screenshots guide

When it comes to screenshot content, all of the high-grossing apps we looked at highlight in-app footage. And most of them do it in similar ways, i.e. by using artistic images that depict simulated phones against colored backgrounds. Only three apps don’t use this technique.

That was A LOT of information. Are you still with us? Good because we have one more thing to share: 14 of the top 25 apps in the Health and Fitness category start their screenshot galleries with an artistic image that’s not a true screenshot. Here’s an example:

As you can see, Paired: Couples & Relationship’s first screenshot doesn’t display in-app footage. Instead, it includes a benefit-rich headline and social proof. This seems to suggest that earning user trust is just as important as showcasing app features.

Competition in the App Store’s Health and Fitness category is fierce, mostly because it includes so many different kinds of apps—workout planners, sleep and relaxation tools, diet trackers, mental health helpers… the list goes on and on.

The only reliable way to reach the top of the charts in this category is to build a strong ASO strategy. Fortunately, the keys to doing so were just laid out for you above.

If you can optimize your app’s icon, title and subtitle, video, and screenshots like the 25 high-grossing apps in this article have, you will find success. So what are you waiting for? Take what we’ve shown you and use it to take your app to new heights!